Closing Down When The Clock Hits 00:00 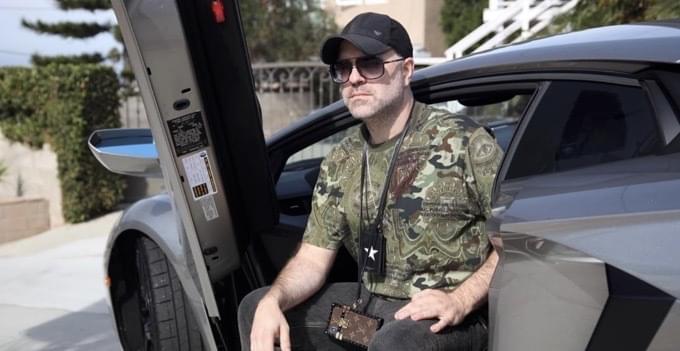 OMG Co-founder Mike Long is live in the chat till Midnight Pacific!

You can locate the chat box in the bottom right hand corner of this page, the green box! Mike is here until Midnight Pacific, when OMG closes for the season.

Here's the replay from our magical Orientation and Acceleration Webinar with the Fusion Protocol Team!:

CUSTOM JAVASCRIPT / HTML
Please note! Traffic Tsunami closes registration at midnight, Eastern (9 PM Pacific, 5 AM in London) on Monday, January 31st! So don't wait!
Fusion got your foot in the door, and now it is time to let us help you scale up... way up...
The Time Is Now For $5,000 DAYS to Become The New Normal...
For Affiliate Sites & Monthly From Individual Clients!

Check Out The FREE Training Below!

PLUS Dan is revealing his full $100,000/month agency systems including exactly how he pays for ads in several sources to get clients and to service clients fast!

Joe is an absolute All-Star who commands $10,000/month from MULTIPLE YouTube clients, with all new reveals of how he does that, step-by-step, and OTS!

Exclusive Agency Engine Software Included FREE for 2022 Members
ALL NEW Clickup Over The Shoulder Training While We Fulfill For a Real Local Client - Every. Single. Step.

Take A Look At What's Inside Definitive Traffic Tsunami 2022 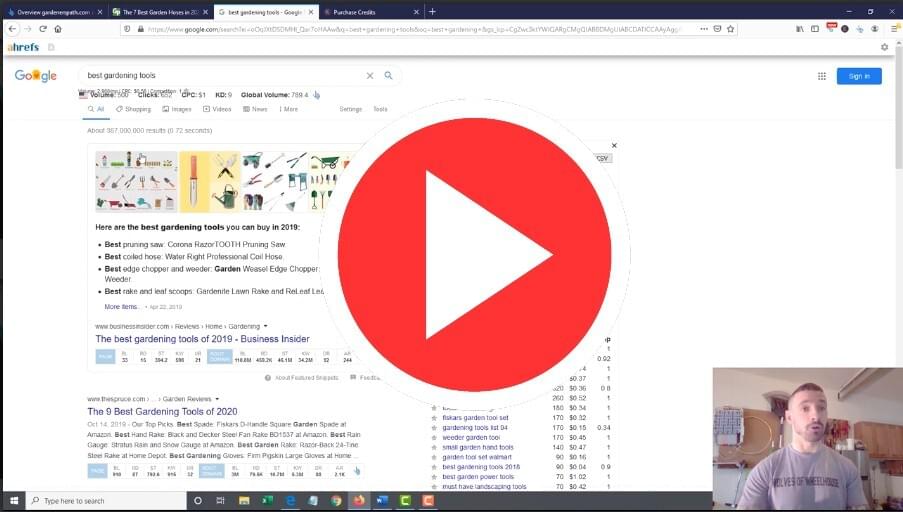 Greg gives you a sneak peak into the Done With You Affiliate Training . He shows you how we are finding the right keywords for our brand new affiliate site! 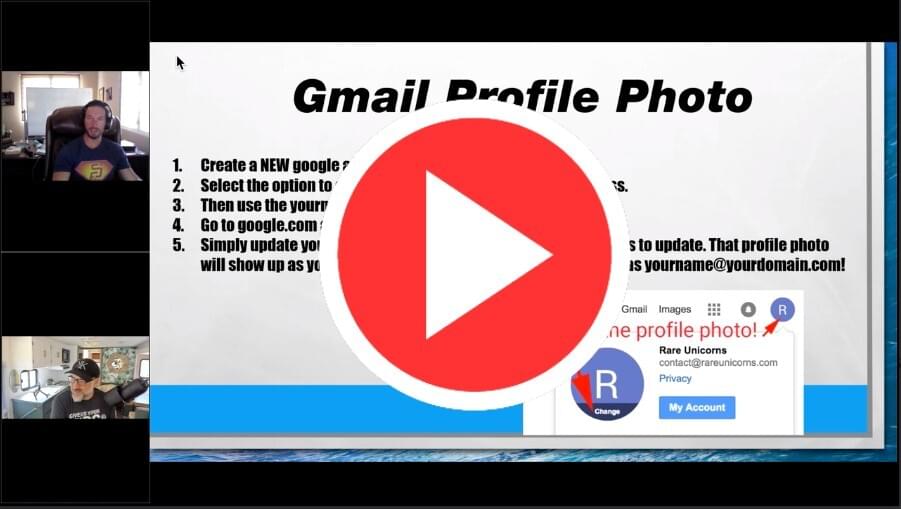 Dan and Joe show you how not only build your email list, but how to build a Funnel and Facebook group that helps turn those leads into actual paying customers 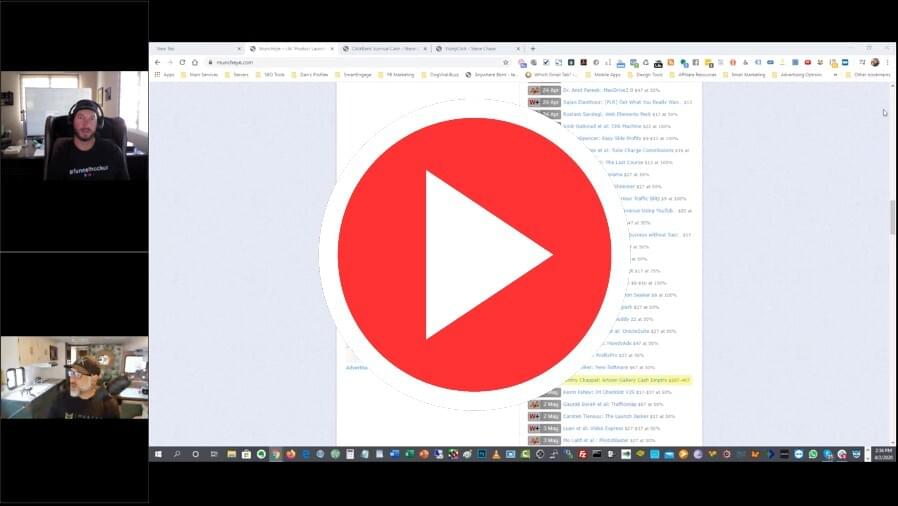 How are Traffic Tsunami Members Doing... 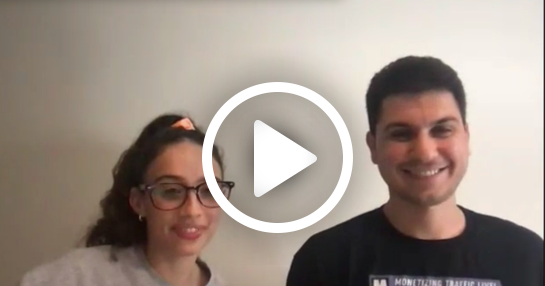 Ashley and Joseph graduated college at 22 with massive debt and now each have a agency making over 6 figures a year! 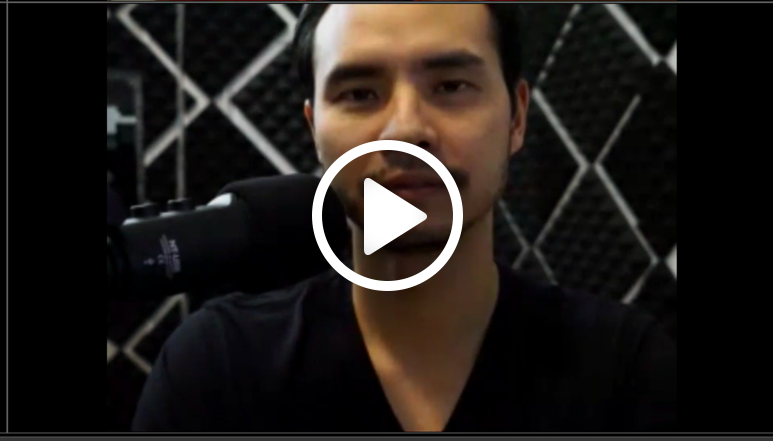 Johny went from working in a warhorse making 2k a month to owing his own agency making over 126k a month! 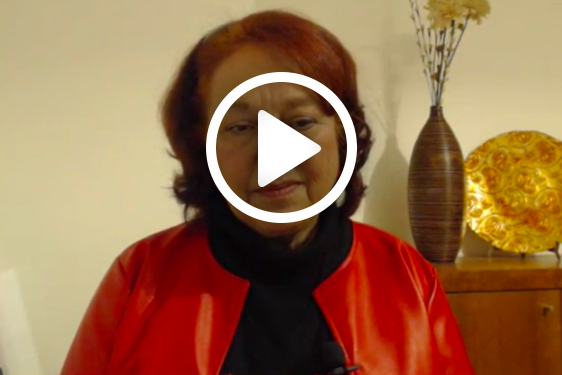 At 68 years old Megan could barely sign into facebook and now she has a thriving agency and traveling the world! 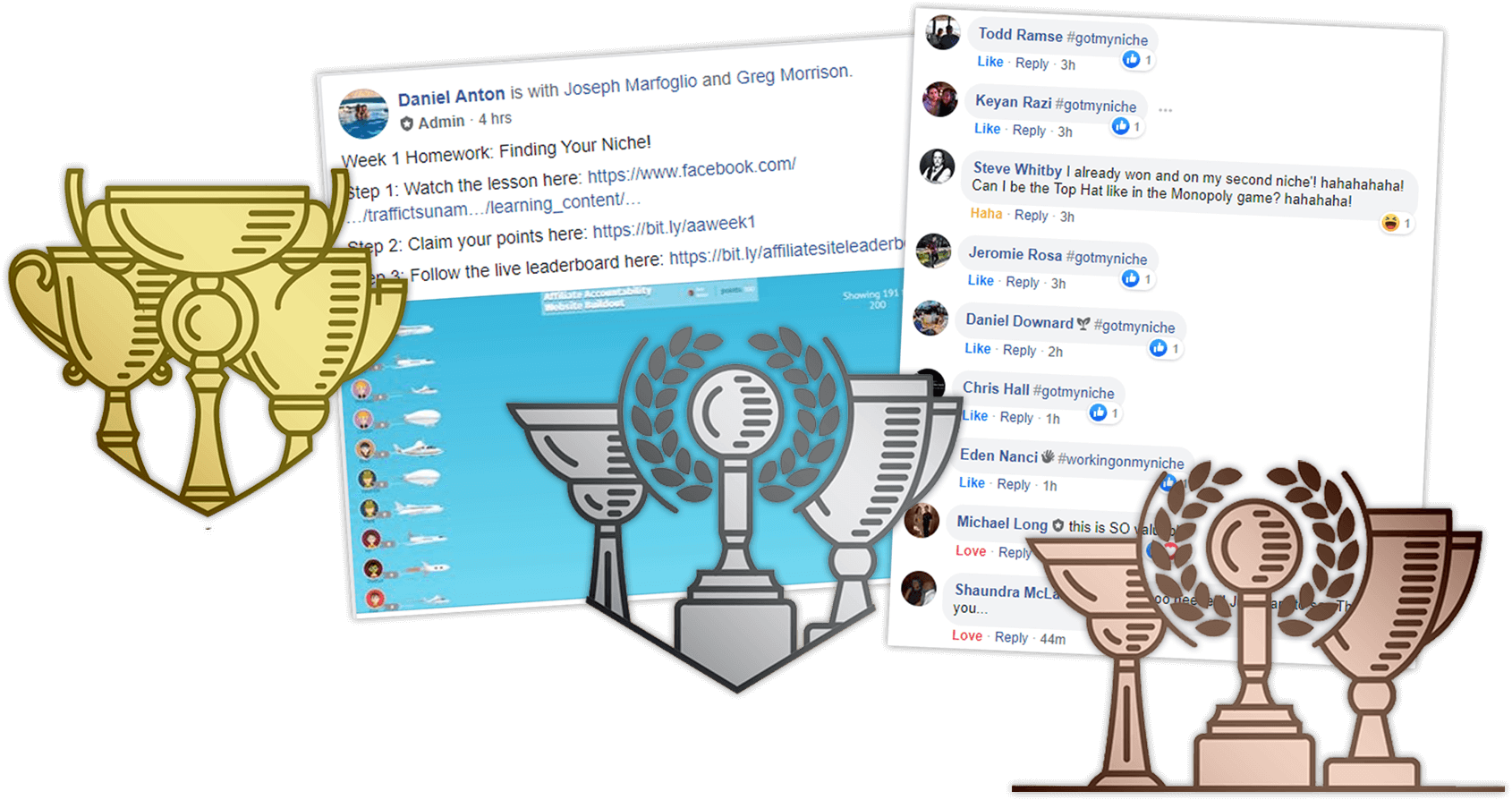 For the First Time EVER - We Build An Affiliate Site Right Along With You! 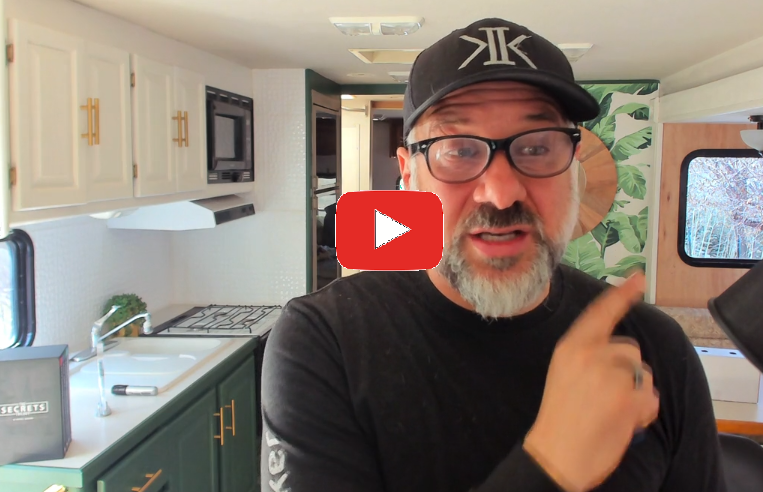 For the First Time EVER - We Build An Affiliate Site Right Along With You!
Here's a quick recap of how Greg, Dan, Joe, Josh, and Kosta are putting the TSUNAMI in "Traffic Tsunami"... 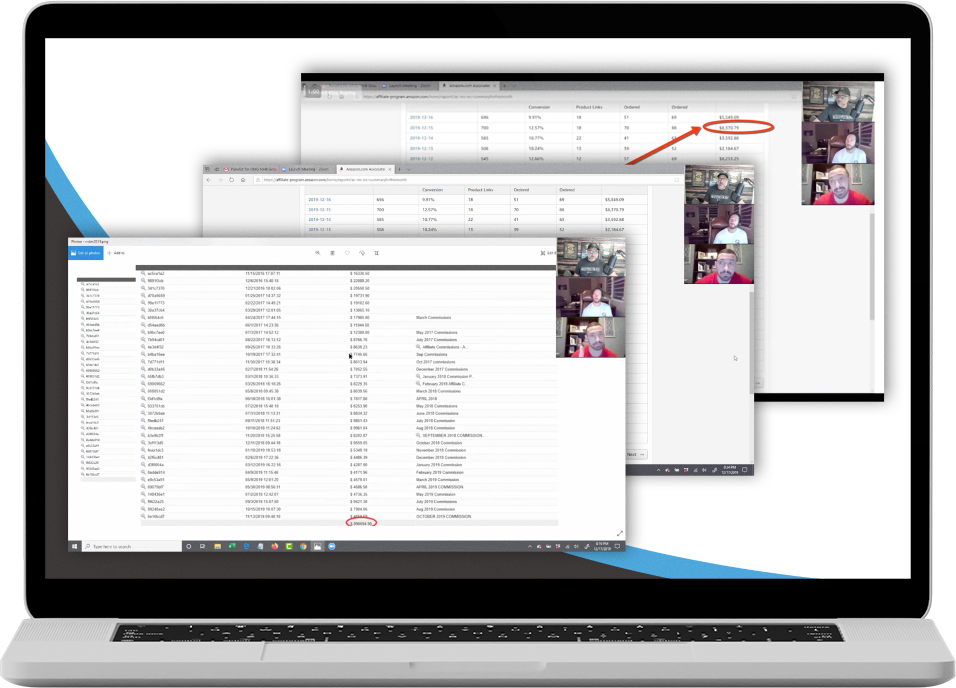 Stay plugged in, all year, to Greg's research and NEW LIVE TESTING; Joe, Dan, and Greg's new 3-person agency team-up; Joe's YouTube research and fulfillment; and Dan's $100,000/month agency. Greg will have a webinar once every two weeks, alternating with Joe and Dan teaming up every other week!

Unlock the Power of Your Agency Engine with Dan & Joe 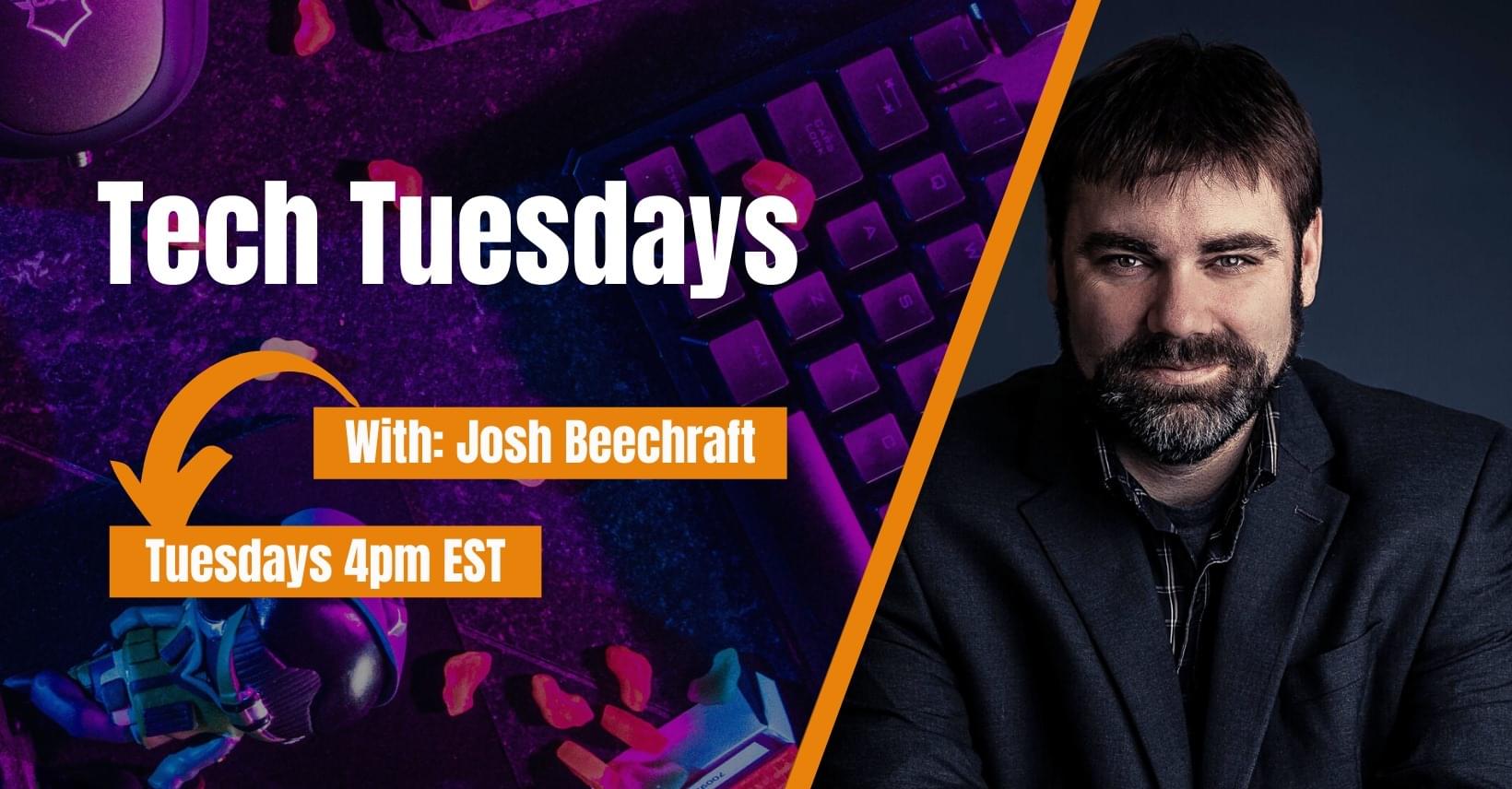 Tech Tuesdays are a new tool in your bag of tricks.
Every Tuesday join Josh Beechraft and learn more advanced technical questions as well as marketing, SEO, ads, websites, funnels, or anything else you want to know about...
You have questions?  He has answers! 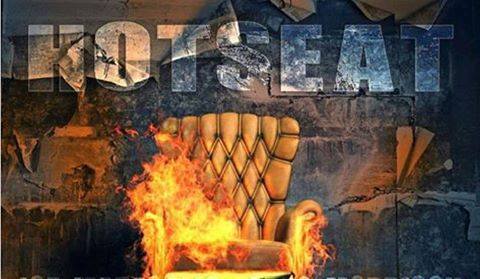 Hot Seats Are Back!
Do you want to get on a weekly call with Dan and Joe and have them personally look over your business? Do you think you might get a few breakthroughs that would sky rocket your results ?
If your answer is yes, you are in luck! The Hot Seats webinar is responsible for multiple people hitting six figures and beyond. 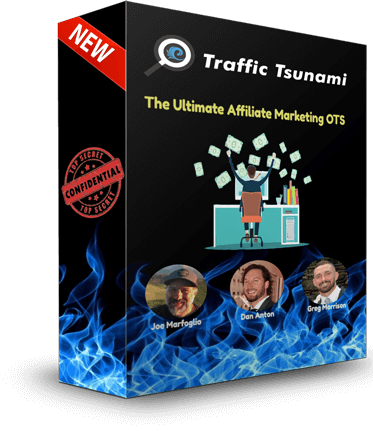 Greg's SEO Bible training is a massive staple of Traffic Tsunami, and will be updated when necessary throughout the year. It shows, carefully and step-by-step, everything about how to rank #1 with Google Search Engine Optimization, from the original One-Man-Gang of SEO. Greg will also hold ongoing live webinars throughout the year, as explained above.
Plus, an absolute bombshell has dropped! Greg has begun a small handful of multiple high-dollar affiliate sites, and is fully revealing one of them, Over-The-Shoulder, in its entirety! Many hours are already recorded, and will be released over the coming months. This series, along with Greg's webinars, could power a $10,000 mastermind, but we've decided to INCLUDE it in Traffic Tsunami. It is so valuable that we are going to release it over the course of a few months, rather than all at once. Greg's affiliate sites will be taking in $1000's per day, and likely much more than that as the year progresses. 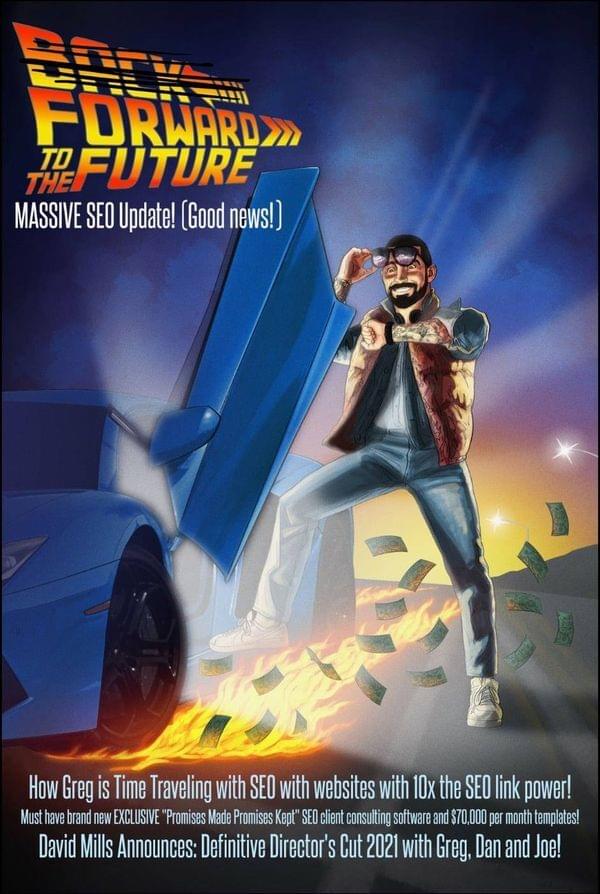 People everywhere have been scrambling to deconstruct the latest Google Algorithm Update.
Greg has tested, tested, tested and NOW has incredible data to back up this Shortcut SEO Method, dubbed SEO Time Travel.
Watch Over The Shoulder as Greg shows you EXACTLY how to do this and even gives you a LIVE example.
Insane Results Already 👇👇👇 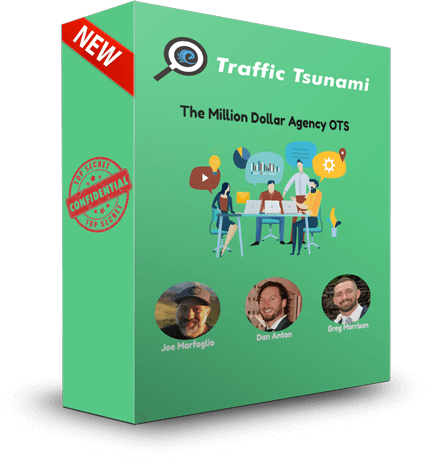 For the first time, Dan will be revealing his real-life, highly tested, systematized, profitable, and comprehensive approach to using paid ads across multiple platforms (Google, Facebook, & YouTube) for both client prospecting (using ads to GET new clients) and client fulfillment (running or creating ads on behalf of clients).
Want to learn how to fulfill clients like our Million Dollar Agency?  How about we give you the Exact Same Template We are using with our One Click Install Clickup Fulfillment Engine Template with...
Clickup 3.0 👇👇👇 (Easy Step by Step Recipe) 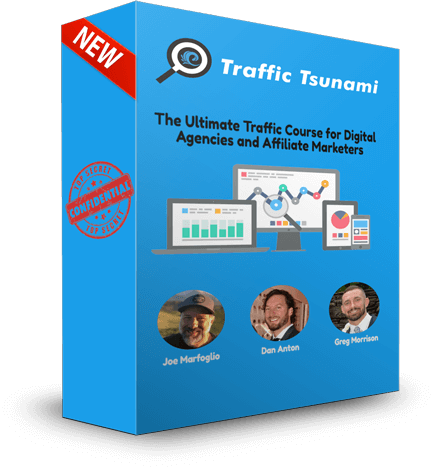 The Ultimate Traffic Course For Digital Agencies And Affiliate Marketers

Dan and Greg, have started a growing agency TOGETHER and plan to continue it to a million-dollar agency and beyond... while showing you how they are doing it, in real time, this year. The immersion, motivation, momentum, and training from following along with them will lead to immense growth in your own agency this year!
Joe has expanded his YouTube clients to include several that are between $6,000 and $10,000, and he'll continue to share with you these updated systems and his knowledge for acquiring and fulfilling clients at that level.
Joe will also continue with the Mold Removal Over-The-Shoulder series, and others. Joe is all about OTS for 2022! Plus, live webinars with Dan every other week, alternating with Greg. 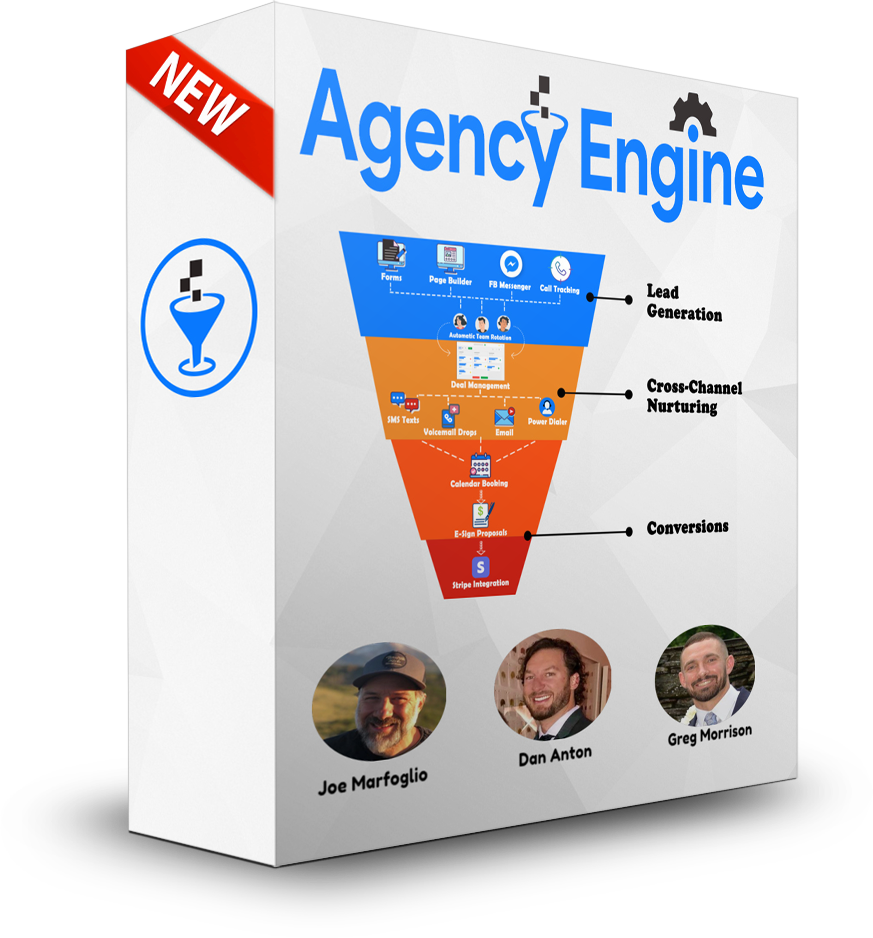 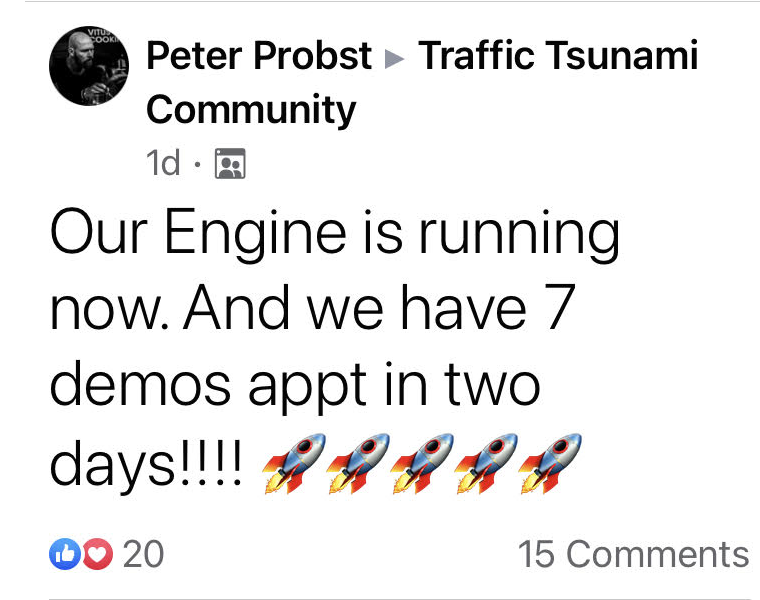 Agency Engine is an all-in-one CRM platform that helps Digital Agencies capture, nurture, and close more deals than anything else on the market 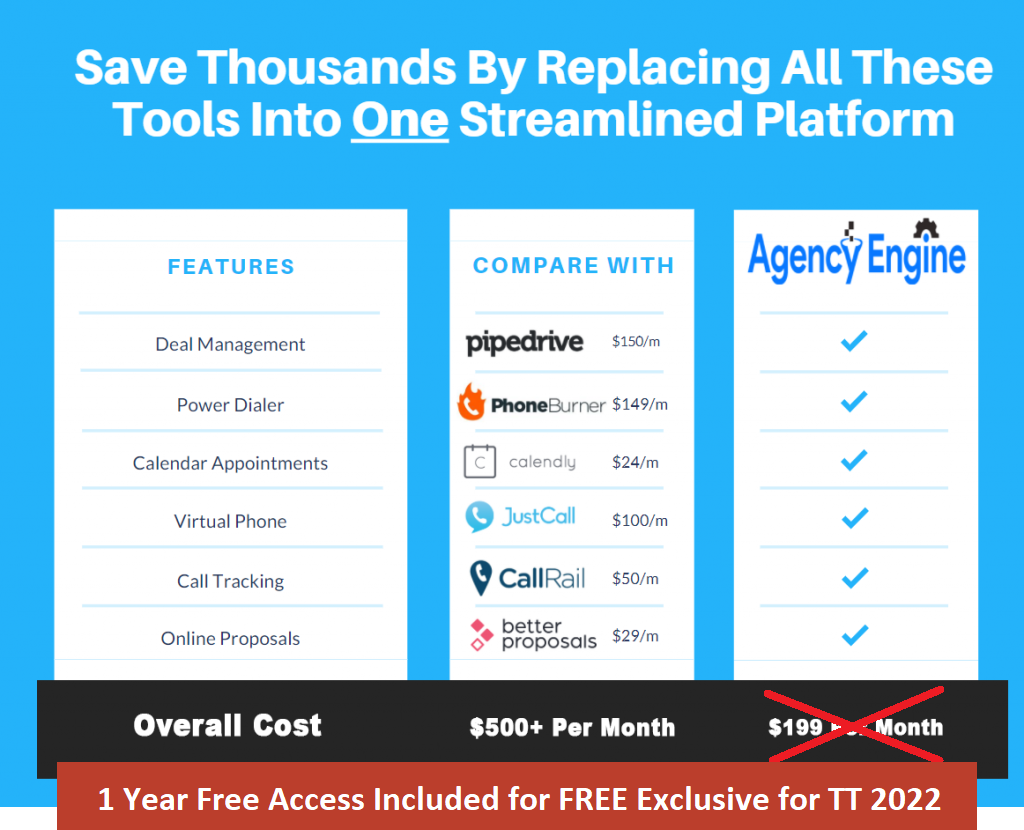 As Traffic Tsunami members, be the only people with exclusive access to research keywords via his software. Greg explained on the webinar how critical and powerful this capability is for you!
P.S You can chat with Mike Long with your questions about DMA 2019 using the green windown in the bottom right, or you can reach Mike here on Facebook.
P.P.S Join Mike Long’s OMG Event Notifications list
Used exclusively for letting you know about when our program opens or closes, and for when we have open webinars, and for live events.
(you must confirm your opt in)

Hands-down the best agency coaching program ever made! 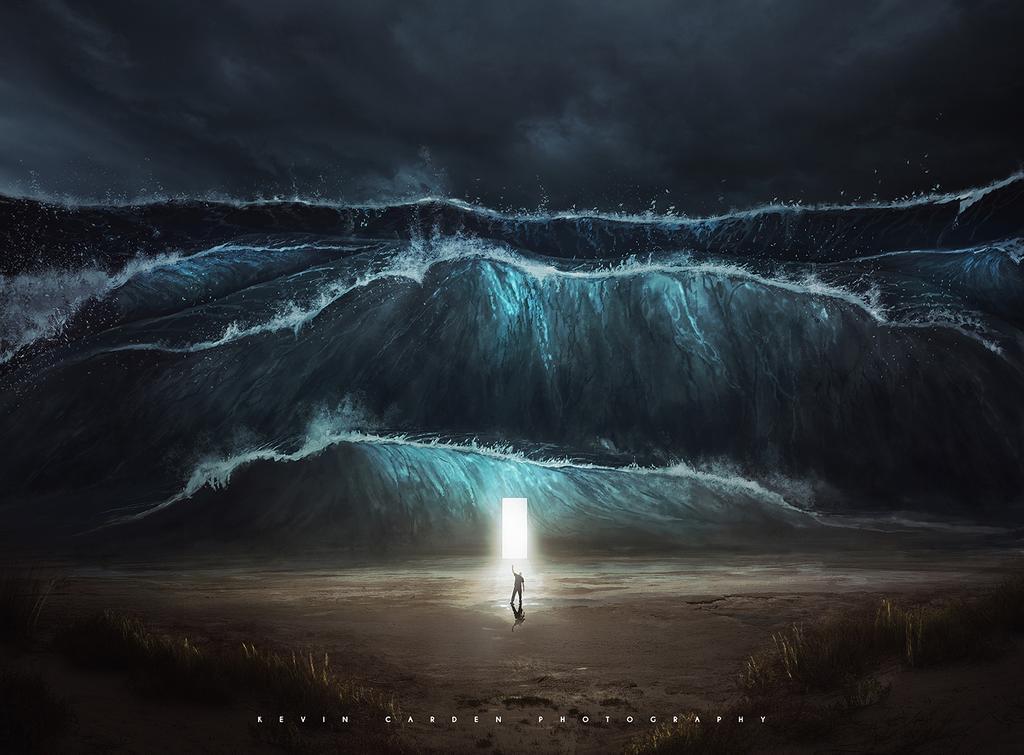 Finding A Niche And Keywords Excerpt With Greg Morrison! 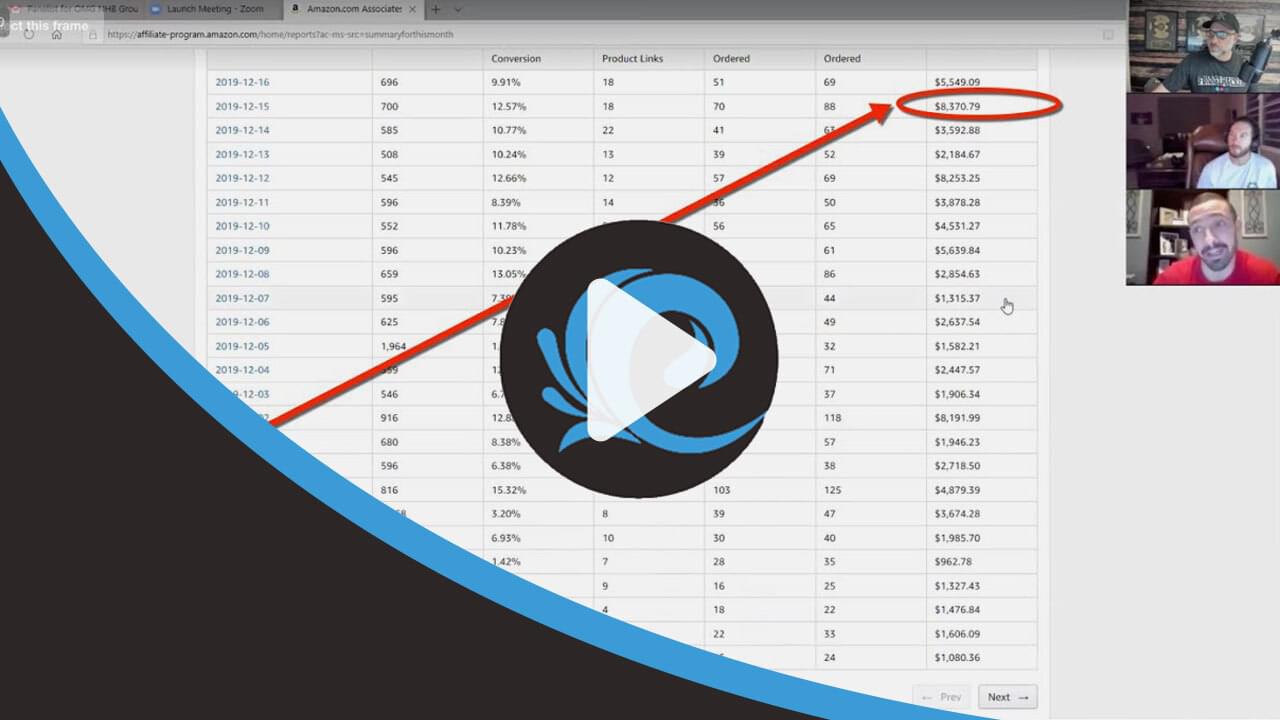 Virtual Real Estate IS The New Gold Mine! Greg's walks you through every single step it takes to register a domain, rank it, and profit from it. 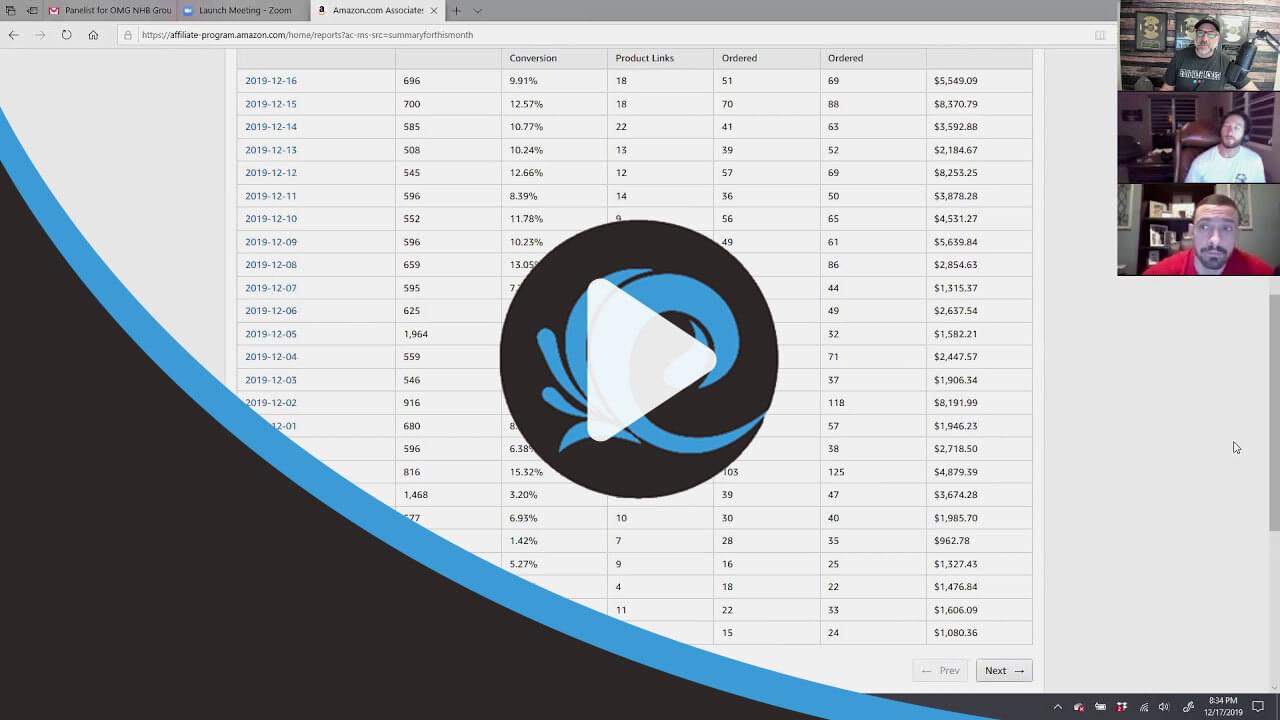 True wealth building only happens if you can make money while you sleep. This process shows you exactly how to build a passive wealth machine that works even when you're on vacation. 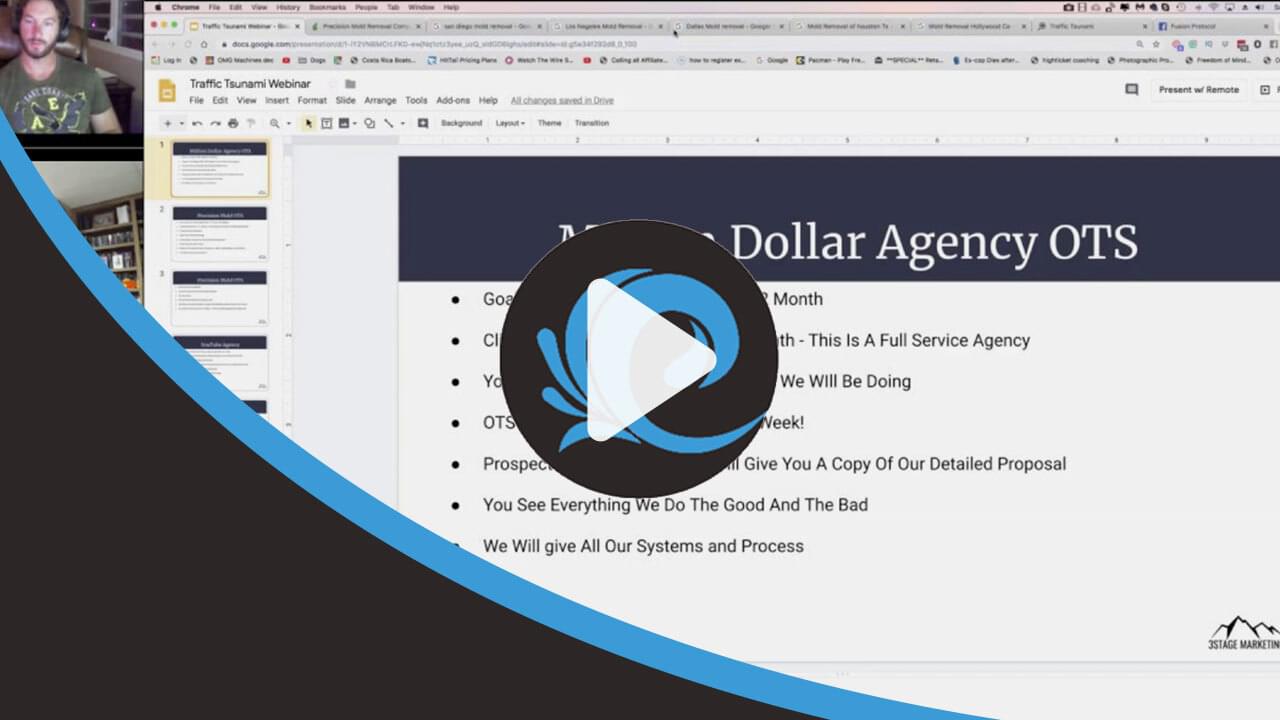 Greg, Joe, and Dan team up to form the Ultimate Agency and you get to see everything Over The Shoulder. You'll see how they run everything; from proposals to managing Google Ads with $10,000+ budgets. 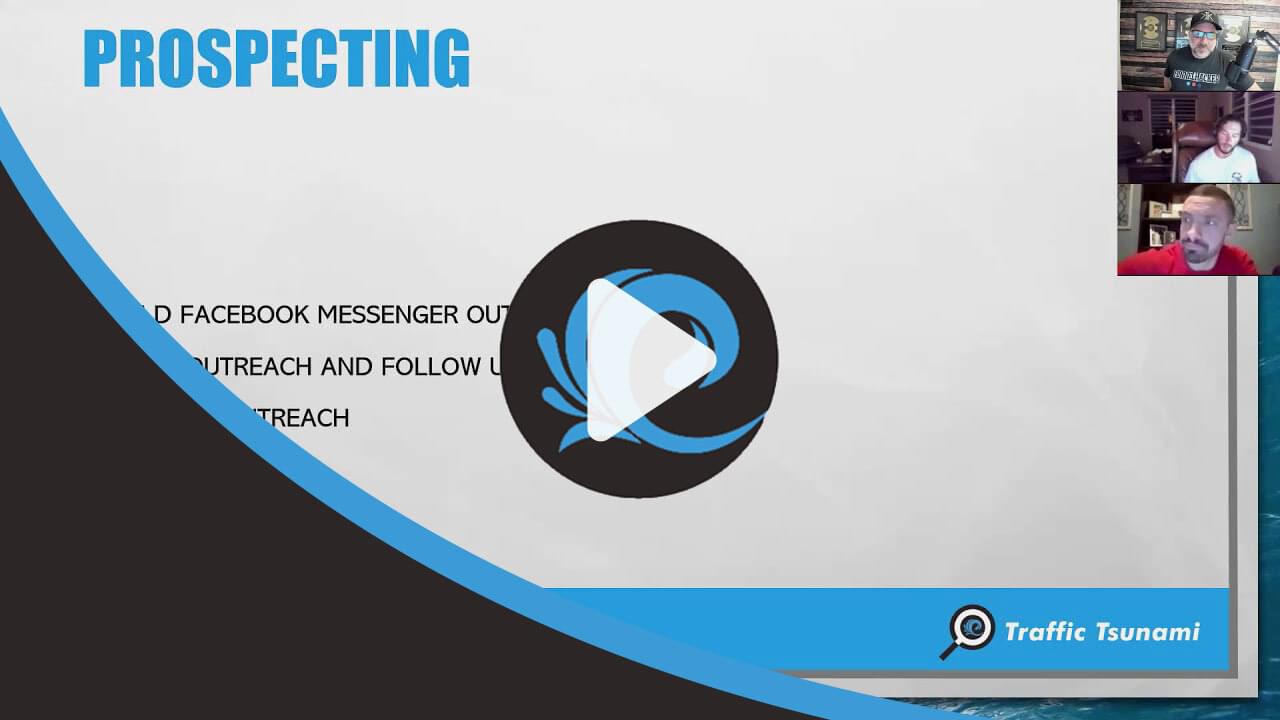 Want to know how to land Whales? We're giving away the exact materials we use to pitch, close, and service our clients so they happily keep paying us month after month. 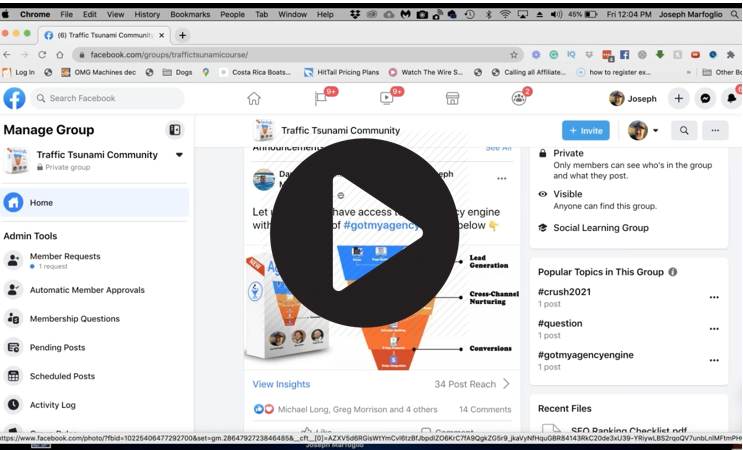 Need to bring in leads to your agency? Nothing does it better than Agency Engine. We show you Over The Shoulder how we are bringing leads into our agency, nurturing them, and closing them --All using automation via Agency Engine! 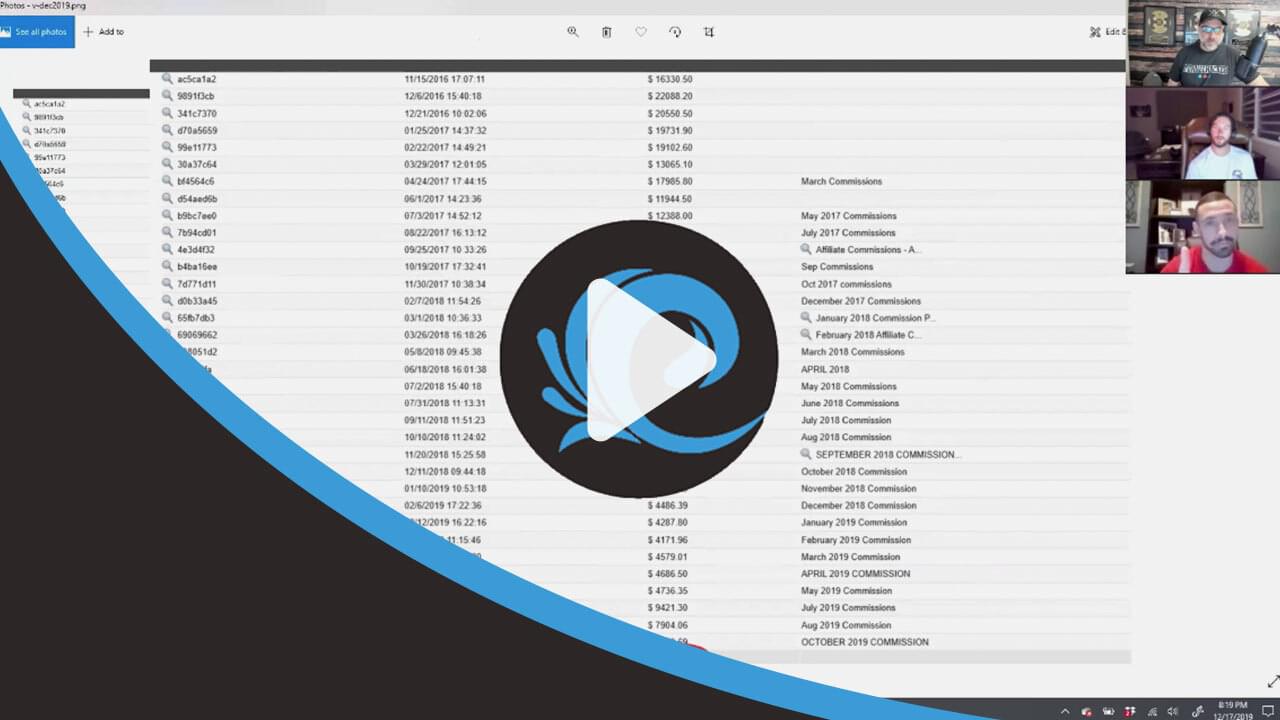 For the first time EVER - We are running a Done With You Affiliate Site workshop. This is where it all comes together and we take you by the hand to research a niche, pick your domain, generate traffic, build a targeted list, and make money on autopilot. 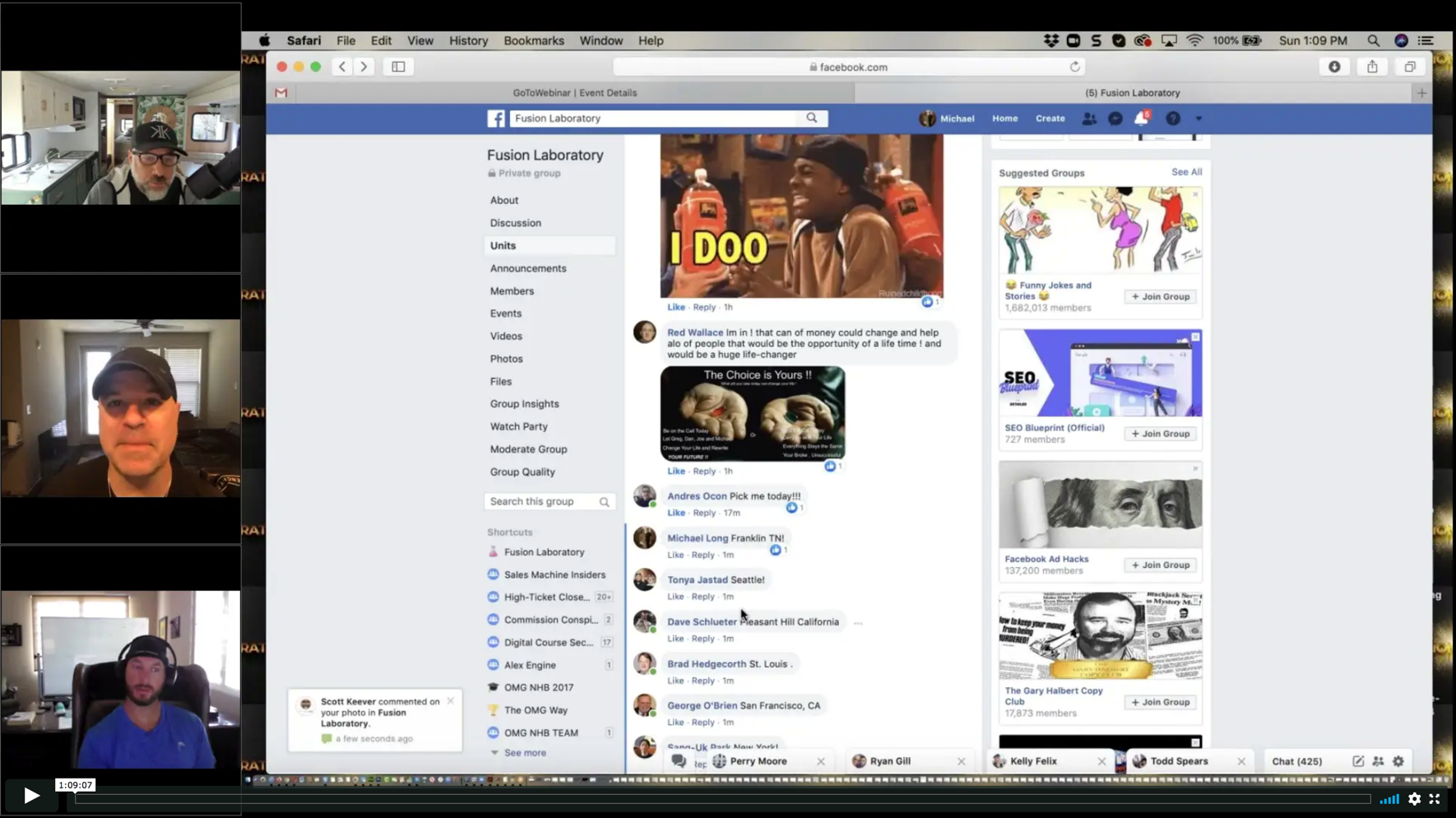 Mike Dan Joe and Greg come together to close out Affiliate Week . 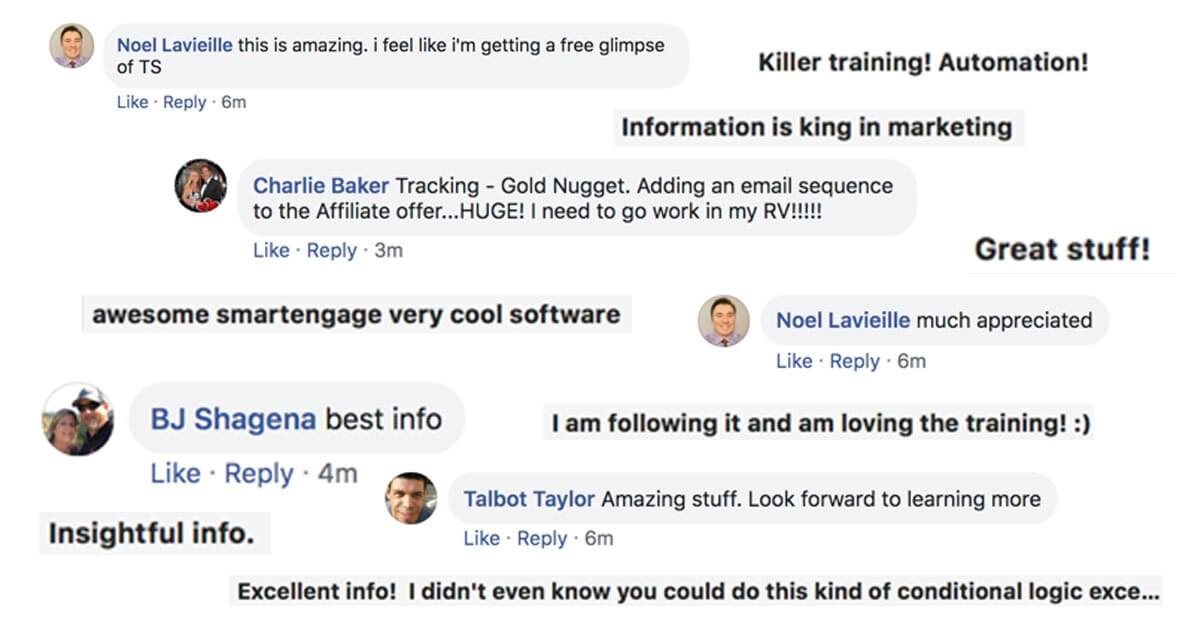 Get Traffic Tsunami 2022 Now! This will not be offered again in 2022
Price: Traffic Tsunami shows you how to command $1000's of dollars per month extra from each of your clients, in a way where they will love you more every month! And yet, it is extremely affordable, with our extended payment plan: Traffic Tsunami is Just 12 Payments of $450/m.
Refund Policy: As usual, we have a no-refund policy. We've found that policy creates the highest level of seriousness and trust from ourselves and from our members.
Cancelation Policy: As usual, we'll cancel your future payments upon request. As explained on the webinar, most of the content of Traffic Tsunami is available immediately, although more will be available throughout the year.
CUSTOM JAVASCRIPT / HTML 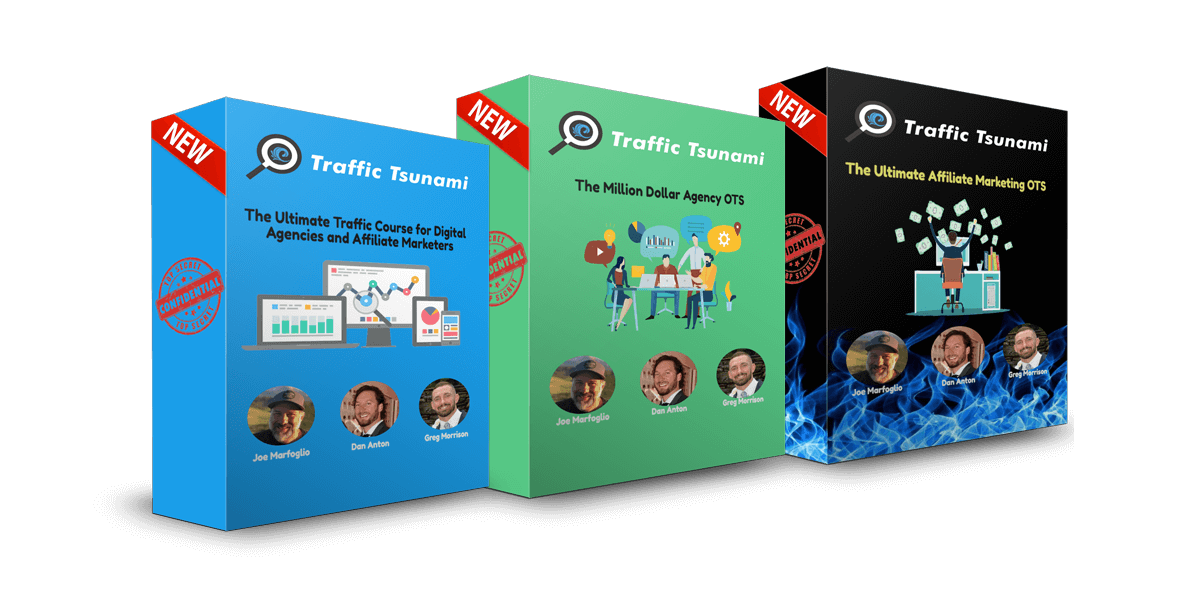 Copyright 2022- traffictsunami.com - All Rights Reserved
Terms Of Service     Privacy Policy
This site is not a part of the Facebook website or Facebook Inc. Additionally, This site is NOT /endorsed by Facebook in any way. FACEBOOK is a trademark of FACEBOOK, Inc.
IMPORTANT: Earnings and Legal Disclaimer
Earnings and income representations made by Mike Long, David Mills, Joseph Marfoglio, Joshua Fletcher, Stephen Floyd, Elizabeth Herrera, omgmachines.com, and their advertisers/sponsors (collectively, "OMG Machines") are aspirational statements only of your earnings potential. The success of all coaches, testimonials, and other examples used are exceptional, non-typical results and are not intended to be and are not a guarantee that you or others will achieve the same results. Individual results will always vary and yours will depend entirely on your individual capacity, work ethic, business skills and experience, level of motivation, diligence in applying programs, the economy, the normal and unforeseen risks of doing business, and other factors OMG Machines, and its owners individually, are not responsible for your actions. You are solely responsible for your own moves and decisions and the evaluation and use of our products and services should be based on your own due diligence. You agree that OMG Machines is not liable to you in any way for your results in using our products and services. See our Terms of Service for our full disclaimer of liability and other restrictions.