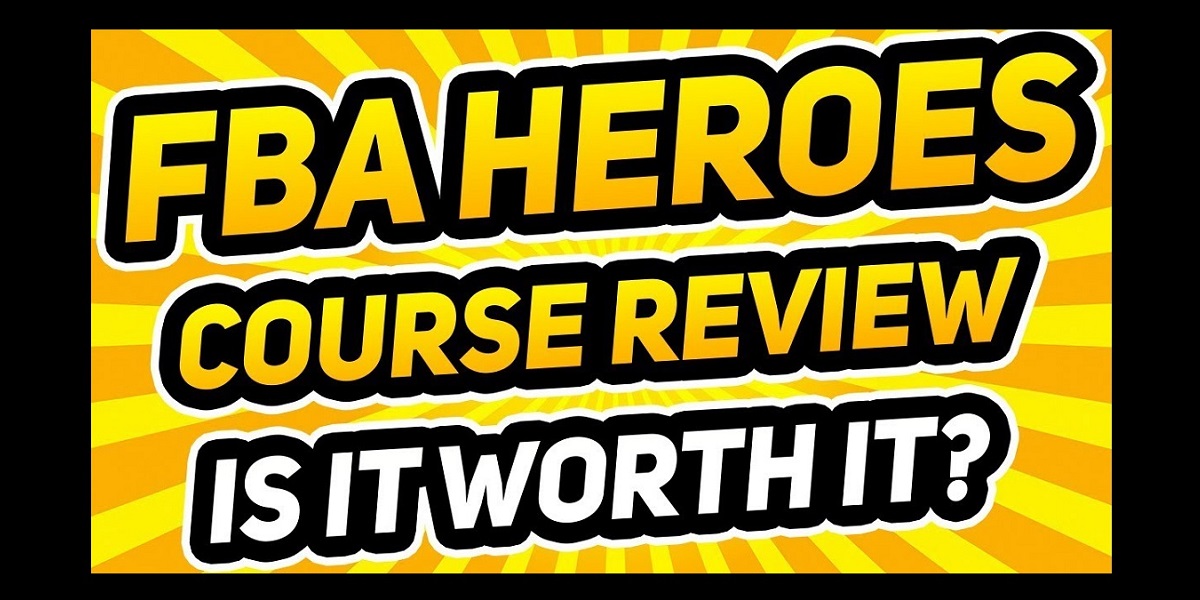 Quick Navigation
A Little About Me
Who Is Derrick Struggle?
The Amazon FBA Heroes Course
Strengths and Weaknesses
Conclusion

Over the past decade, Amazon has been a beacon of hope for struggling entrepreneurs, both new and veteran alike. It's no secret; many online entrepreneurs struggle to make any real profit with their online businesses.

Yet, Amazon has created a platform where average people, just like you and I,can finally achieve their dreams of financial success, fortune and freedom. With the right tools, products and skills, entrepreneurs have been able to quit their jobs and enjoy the freedom that comes with profit eCommerce endeavors.

Despite this track-record of entrepreneurial success, Amazon is not necessarily "easy" to succeed with. Although many people make it look easy, there are rules, regulations and protocols that, if ignored, will ruin your chances of reaching that elusive achievement of economic liberation.

As such, both veteran and beginner entrepreneurs turn to the guidance and mentorship of sellers who have a proven history of success and skill with Amazon FBA retail. This need has increased in recent years because Amazon is constantly changing, and many things that worked in the past no longer work now.

We're going to review a training course from David Struggle, a 24-year-old, independent businessman who is most well known for his success with Amazon FBA. With this success, he launched Amazon FBA Heroes, a course that claims to teach aspiring sellers how to generate wealth and financial prosperity through Amazon FBA.

We'll give a brief introduction of who he is, what his course provides, the strengths and weaknesses of his course, and whether Amazon FBA Heroes is worth your time and investment.

You might be wondering who I am, so let me introduce myself before we get started. My name is Samuel, and I'm a 29-year-old from Champaign, IL. I'm currently a freelance writer who also spends time investing and learning about entrepreneurial opportunities.

I'm not expert on these matters, and to be completely honest with you, I didn't even finish college. A lot of people believe that I have an above-average intellect, but I'm just a regular guy like the net person.

I've been interested in internet marketing since I was 13, which was before FaceBook, YouTube and Google dominated the internet. Amazon didn't even exist back then, but entrepreneurs were still hungry to exploit the commercial potential that the internet had. 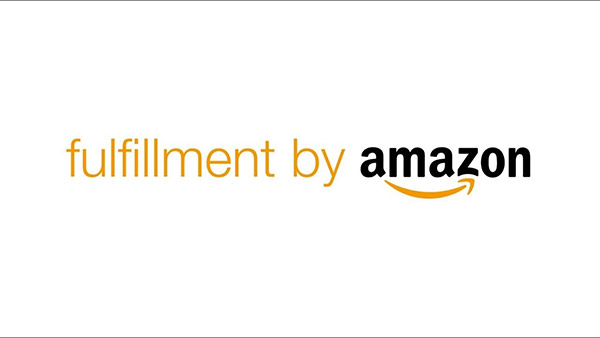 There was one problem: I didn't have the cash that those "secrets" required. Moreover, everyone was using the same sales tactics to advertise their courses. I couldn't really tell who was legit and who was a fraud because they all looked, acted and spoke the same.

The only resources we had were "reviews" that all praised these courses. However, it was hard to trust these reviews when I knew that the author had a monetary incentive to praise them.

So I gave up on internet business, and didn't really look back into it until 2018. You might be able to sympathize with the burnt-out feeling I had from years of MLMs, affiliate programs and constant email marketing campaigns that flooded my e-mail.

My career as a freelance writer reintroduced me to the new world on online marketing. Many clients wanted me to write reviews on a vast variety of different courses that teach people how to succeed with eCommerce. This is how I got introduced to Derrick Struggle and his Amazon FBA course.

Who Is Derrick Struggle?

If I can be honest with you, Struggle's history is somewhat of a mystery to me. However, his YouTube channel provides a self-written history of his entrepreneurial endeavors. 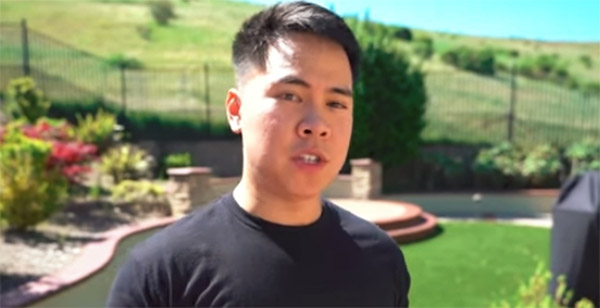 Derrick explains that he started his entrepreneurial journey at the young age of 14, and started his first business when he was 16. I'm not exactly sure when he started eCommerce, but he claims that he generated 8-figure sales with eCommerce and built several 8-figure businesses in eCommerce an other digital avenues.

Aside from this brief bio, Struggle doesn't have much more to share about himself. Many people tend to call him a fraud simply because his private, personal information is unknown. However, I value personal privacy, and I feel that he has every right to keep his personal life under wraps.

Before we get into this course, I want to start by saying that I'm not a fan of Amazon FBA. Over the years, Amazon has placed more restrictions on how a seller conducts their affairs.

Many aspiring sellers blame Amazon for its strict regulations, but a great deal of the blame should be placed on the sellers themselves. Sellers were so frantic to make money that they paid for fake reviews to gain advantage over competition.

Amazon locked that problem up pretty quickly, but the competitive nature of Amazon, along with massive increases in seller population, I honestly feel that Amazon FBA is just too congested to deal with.

However, I generally hate competition in general. I've always been muscular and athletic, but you couldn't convince me to play a game of basketball, football or softball if you tried (we won't even mention soccer, folks).

That being said, despite my aversion to Amazon, I have actually learned quite a lot about what it takes to succeed on as an FBA retailer. Struggle's FBA Heroes is a rather basic and simplistic course that provides a step-by-step guideline towards Amazon success.

If you think that "basic" equals "crappy", then you're barking up the wrong tree. In fact, complicated, "advanced" techniques can often place you on a fast-track road of confusion and failure.

Derrick keeps his course material short, sweet, and to-the-point. Within 13 training modules, he outlines the processes you need to be successful with Amazon FBA. He walks you through:

Along with his course content, he includes a private FaceBook group for his students where he does a weekly, live webinar. In addition, if you aren't satisfied, there is a 14-day, money-back guarantee.

One of the big problems with eCommerce courses is that they often contain too much content. You might think that more is better, but huge amounts of content can lead you to a place where you don't know what to do.

I never personally purchased the program, but my older brother, David, did. Unlike me, he is absolutely manic about eCommerce. He loves the idea that you can be a retailer without having your own, large, brick-an-mortar stores. 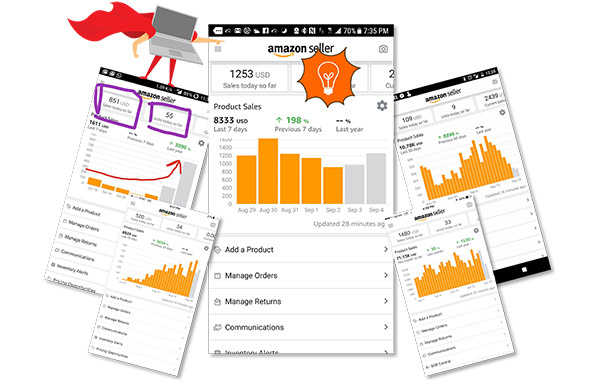 He has been a long-time, entrepreneur comrade, and he helped me cultivate my love for self-starting, internet income opportunities. So I did study this course with him, and I instantly enjoyed how quickly we ran through the material.

I have seen other courses, and as I stated before, many of these courses loved to highlight their massive library of information. However, with FBA Heroes, the information, while short, is actionable.

Instead of long, drawn-out videos he gets you right into the action. However, despite the quick pace of the videos, he is very detailed and committed to guiding you through the work. 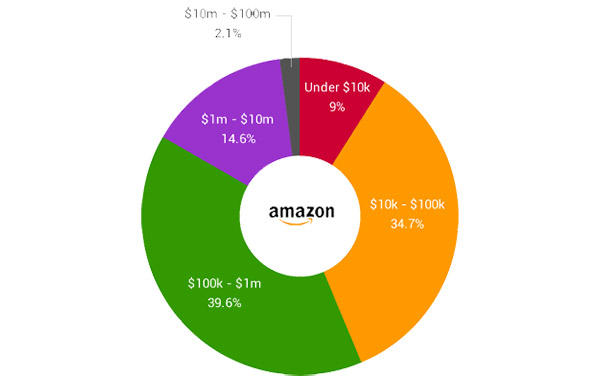 The product research techniques were also very, very useful for my brother. When he put them into motion, he started to do gain a massive increase in his profit margins. His inventory choices, based on these research techniques, were far better than what he was doing before.

With that stated, one thing I did not like about the course was the price. When I initially found out about the course, it was priced at $997. Despite how much I like the course simplicity, approaching the $1,000-mark is a bit much for me.

To add, when I asked Dave about the internet group, he told me that Struggle was nowhere to be seen outside of the once-a-week webinars he hosted. Derrick makes a habit of repeatedly referring to his personal dedication to his students. So when Struggle remains a ghost in the private, it doesn't coincide with his professed commitment.

If you are looking for a solid foundation to start from, then Amazon FBA Heroes might be the course you're looking for. Granted, I don't personally vibe with Amazon FBA, but for those who do, Struggle's course might be a great place to start.

With that said, if you are looking for a course that also provides ready access to the course author, you might want to look elsewhere. His absence from the private group really doesn't strike a lot of confidence with me and if you need one-on-one support, I haven't seen that in my experience.

But if you are already well-versed with self-starting, then this course is a good fit. 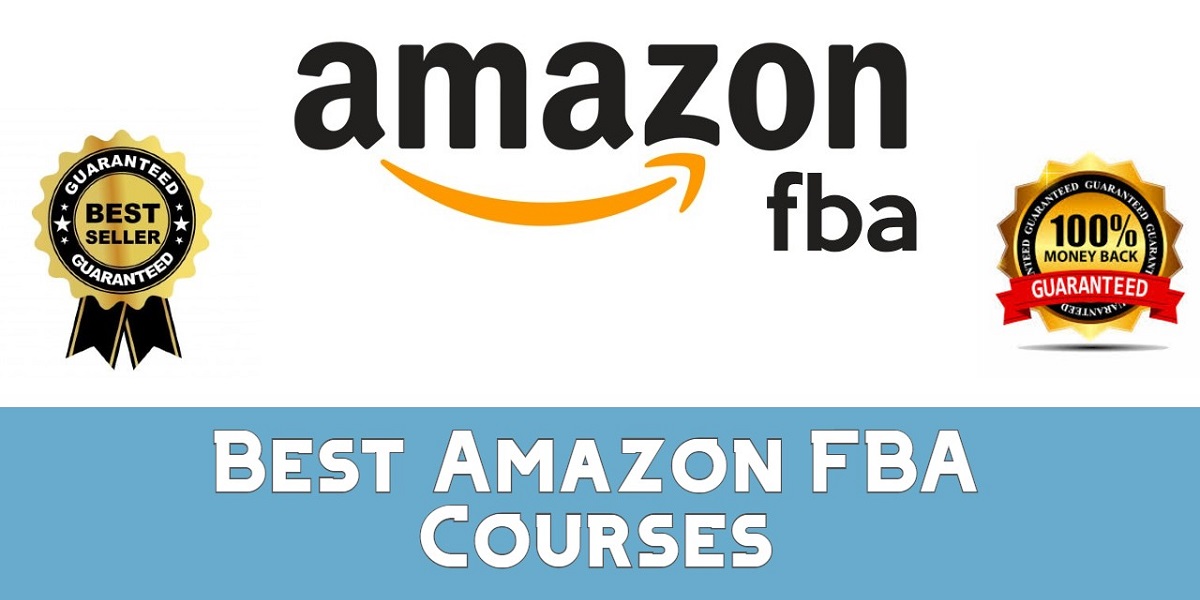 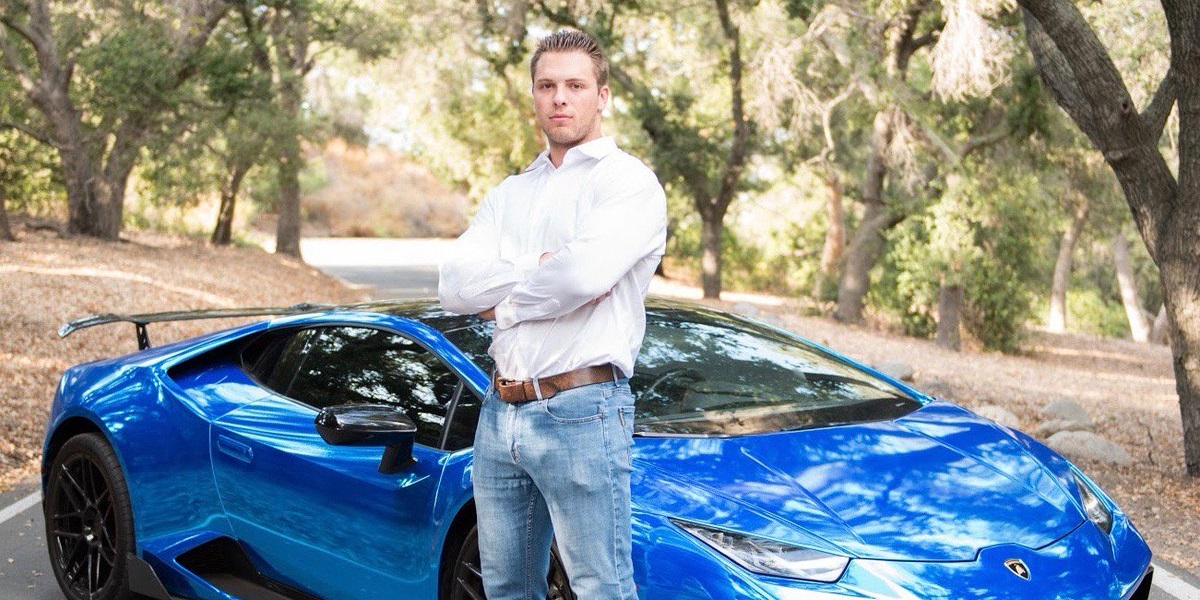 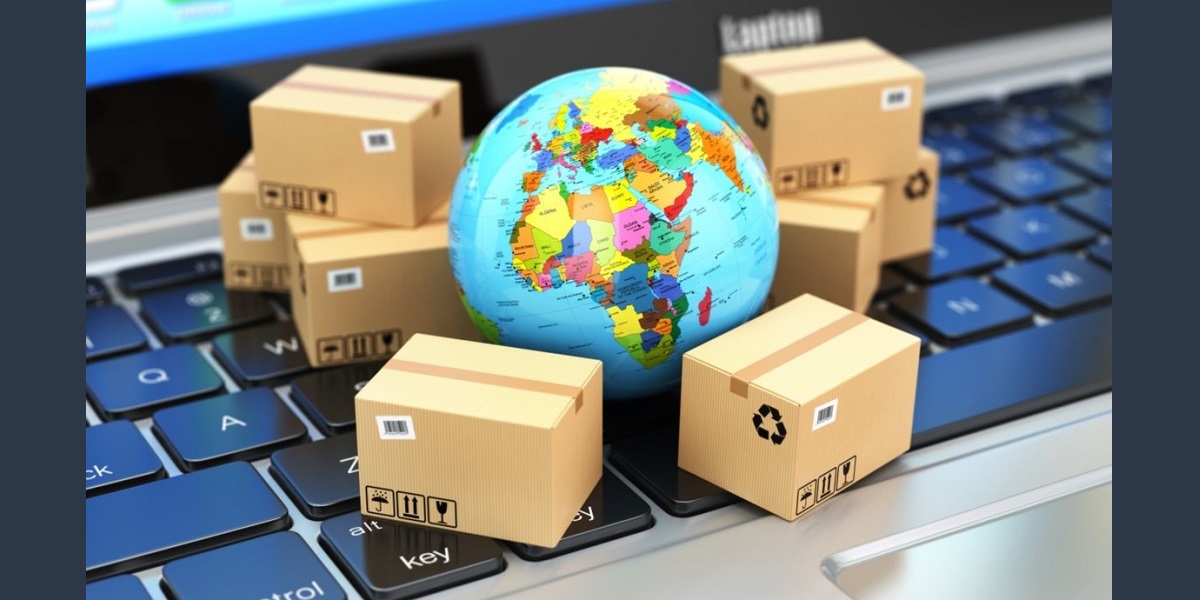