The world of internet marketing has changed a lot since the early 2000s. Access to resources in social media, eCommerce and ad management services have created opportunities where the average person can actually have a real shot at attaining financial freedom through the internet.

As such, a consequent rise in legitimate, online business coaching has also emerged. Because the opportunities are more within reach than they were in the past, more successful online entrepreneurs have been able to not only master the protocols to online business success, but have also been able to teach others to legitimately do the same.

Despite this improvement, there are still a large amount of unethical, misleading "gurus" who claim to have the "secrets" to financial success. However, when they are asked to deliver on this claim, their material might not even cover the basics in how to establish profitable online endeavors.

Today, we are going to take a look at a self-professed marketing expert who has a reputation for his misleading marketing and second-rate training courses. His name is Anthony Morrison, and we will discuss his history and controversy as an internet marketing guru. He is not a part of one of our more popular courses here.

Who Is Anthony Morrison?

Morrison is stated to have started his first business in 2005 at the age of 21. Within a period of 6 years, he created 8 successful businesses and created a website that he claims is designed to help others to become financially successful and independent. 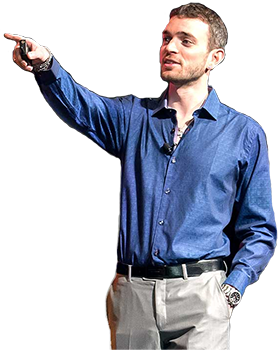 Aside from this, there isn't much information about his success. However, Morrison is well-known for his numerous courses on entrepreneurship, as well as his late-night informercials and national business tours.

To be completely fair, Anthony Morrison does demonstrate that he has very powerful marketing skills at his disposal. He has raked in large amounts of money with his courses, and has influenced many entrepreneurs to believe in his teaching.

However, this marketing skill seems to only be used to benefit Morrison, and not the people who come to him for marketing coaching. Moreover, many have complained and experienced Morrison using unethical marketing tactics to try and sell them his products.

We should not assume that Morrison's programs provide absolutely no value, as his courses do provide information that is truthful when it comes to marketing. However, the information is so remedial that anyone can learn what he provides with very little effort.

However, Morrison often provides this remedial information for several thousand dollars. While his books are moderately priced - most being around $20 - his coaching often costs consumers thousands, if not tens of thousands to get in touch with.

Many will often criticize coaches for having information that can be found for free. However, Morrison's publications and feedback from customers have resoundingly communicated that his information is not worth the price that they are sold for.

Perhaps the most notorious and infamous quality of Morrison's courses is the misleading and downright false mentorship that is really there to get you to spend more money on things that Morrison sells.

As stated earlier, Morrison's courses often cover the most basic, remedial marketing information that is worth far less than the thousands of dollars he charges for the courses. As such, many students require more in-depth training to get into protocols that will actually help them achieve their financial goals. 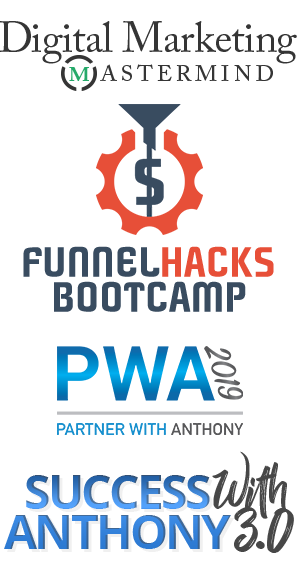 Morrison claims to solve this issue by having a team of "coaches" that aid in providing extra tutoring for business success. However, these coaches do very little teaching, and instead focus on aggressively pitching and selling students more "tools" and "coaching" at exorbitant prices.

This information is all gathered so that these false coaches can determine how much money they can make from you. From there, this information is used in aggressive, and even threatening efforts to sell you items and coaching opportunities at high prices.

The result of these efforts is that many students wind up throwing tens of thousands of dollars in hope that they will finally get the tutoring they need.

Instead, what they continue to experience is the same salesman harassment that has already stripped away their savings and put them in situations of debt and financial distress.

The above two qualities are already enough to warrant a massive red flag for Morrison's products. However, the matter only gets worse when you realize that Morrison never offers refunds to dissatisfied customers.

Verdict: Should You Try Out Morrison's Courses

Despite this review having a somewhat scathing perspective towards Morrison, we cannot claim that Morrison's work fails on all levels. While the scam reports are plentiful, there are some who find his work valuable.

With that said, the ratio of good reviews versus terrible reviews is not very favorable for Morrison. If his information really is for beginners, then his prices should reflect that. While some Morrison material is very cheap, it seems to only be provided so that his team of salesman can harass you with upsells for more unwanted material.

In addition, with the wide amount of legitimate entrepreneurial courses on the market, it would not be wise for you to try your hand with someone who has such a poor reputation of raking in cash for material with a relatively low value.

While we can blame Morrison for his part is facilitating overpriced material, and exploiting his students for more money, responsibility must also fall on those who choose to use his material.

When it comes to scam-based marketing gurus, they tend to have very similar qualities when it comes to their marketing. They often make claims that "promise" massive wealth, and they promise that the wealth is easy.

They will claim that all they did was something very easy, but secret that no one knows about but them. They may even include claims that guarantee that you will be financially free in a matter of months, weeks, days or even a few hours.

All of these qualities boil down to one thing: these individuals will communicate promises that they cannot possibly guarantee. These promises can't be guaranteed because, in order for you to be successful, you have to be the one responsible for that success.

Many aspiring entrepreneurs are coming from places where they are desperate to make money. While this is understandable, this mentality can often lead people to hopelessly latch on to any hope that their poor finances can change. This mentality is a perfect feeding ground for scamming rhetoric to convince you that this "miracle" course will "save you" from your problems.

If you are to be successful in business, you have to be able to take responsibility for your own success. As such, you cannot enter into successful business if you are coming from a place that causes you to make poor and desperate decisions. If you do come from this place, you are in danger of making critical mistakes that can ruin your business or financial integrity.

When you look for business coaching, you should carefully assess what you want, and research the courses and material that have a consistent track record of helping people get there. Most of these courses will, in some way, have groups of people who call them scams. However, if you aren't desperate, you will find it quite simple to find a reliable source of entrepreneurial tutoring.

From our assessment above, we cannot recommend purchasing Morrison's work. While there are some who have benefited, it appears that Morrison's chief goal is using his marketing expertise to maximize the profits he makes off you.

While we wholly support coaches who charge for their services, we do so when these coaches provide honest value with the products they create. Morrison provides material with value that is far less than what he charges, and then uses this as a gateway to harass people into spending more money. All in all, we recommend that you pass on Morrison work and opt for more reliable coaching that is not only less expensive, but far more valuable.